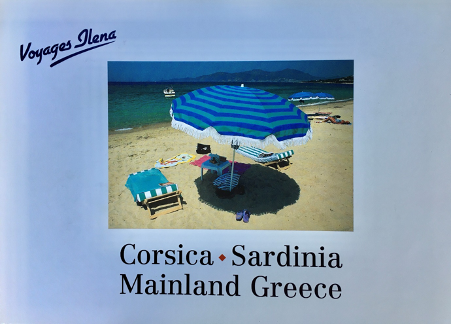 Life as a Startup 35 years ago

Our Startup Shakeup CEO, Ilena Young has plenty of experience when it comes to running a Startup! We sat down with her to hear her story.

Waving away workmates from the summer season, and turning towards my idea of starting a business selling authentic Corsican holidays (pre-Airbnb times) to tourists from England… how did I feel? Nervous, excited, and energy-charged to see how to make this work.

But as any sensible adult knows, perfect doesn’t exist, and 9 years later I withdrew from an A$2M business having been on the ride of my life. The lessons I learned stayed with me forever and now feed my passion to build Startup Shakeup – giving regional innovators the community I so urgently needed in my early days as a Founder when that word was rarely used outside Silicon Valley.

How did the model work? Voyages Ilena took local accommodation, packaged with flights, car hire and insurance and sold it to English travellers wanting to holiday in an unspoiled Mediterranean destination. (Before Airbnb, no one did this in Corsica, partly because the Corsicans are fiercely proud, and only do business with you when you are known).

Early support came from agencies working in France, pleased to help as they saw Corsica as one step too hard, from a mentor in Shell’s “Livewire” program for entrepreneurs, and from an award I won in “Livewire” that first year.

Timing can turn an idea into a marketable opportunity, and interest in Corsica was high. Timing also worked to my advantage, regarding regulations – I started in the right place right time. Voyages Ilena grew as regulations extended, enabling us to always license what was already happening.

What did I learn?

Raising capital was as hard then as now, the only source we knew was the Bank, and we struggled to raise A$200,000 to expand into Greece and Sardinia. At the same time, another large operator established itself in European package holidays with A$2M. They went broke 7 years later, whilst VI was still going 20 years later. Like many startups we ended up financing through family money.

Disaster’s may strike but can be overcome with guts and determination. On Black Wednesday (16 September 1992), the UK was forced to withdraw Sterling from the European Exchange Rate Mechanism. Interest rates went from 4% to 15%, back to 8%, and with the new Exchange rates we had lost the equivalent of A$250,000. We traded through, but to do so I needed to learn Foreign Exchange Rate trading. With the Bank’s help I learned to predict how many francs/lira/drachma we would need each month of the season, and how to lock in finance contracts at the best rates possible. Finally, this is the journey of a lifetime. Life in a startup is exhilarating, exasperating, invigorating and many other “…ings”. It can be the best and worst thing you have ever done, but above all, you should give it a go.

If you’d like to bring your idea to life, join us at our next Bootcamp or Incubator!