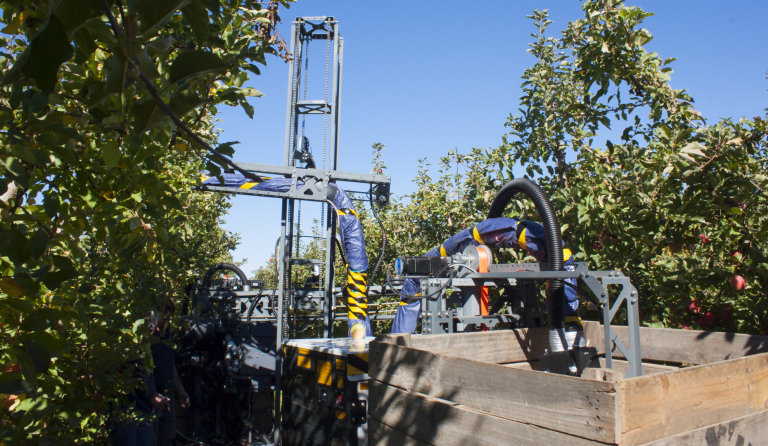 ‘I wanted to maximise my impact in AI’: Ripe Robotics Co-Founder Hunter Jay reflects on his Startup journey

Founded with the goal of changing an industry that has been left behind by technological innovation, Hunter Jay saw a gap that he was able to fill through Ripe Robotics. Every year many farmers struggle to find and manage people to pick the fruit from their orchids, especially so in the current economy. This results in large levels of waster and lost profit for the farmers.

We talked to Hunter about his experiences in the industry, how the idea of ‘Eve’ (their prototype) was developed, how he has faced barriers and challenges within the startup phase, tips around raising funding and the next steps of growth.

What inspired you to begin Ripe Robotics?

“I am very worried and excited by the development of artificial intelligence and wanted to maximise my impact on that field. I ended up choosing Ripe as the vehicle for that via a pretty exhaustive search, considering dozens and dozens of different options before settling on an agricultural automation company.“

What challenges did you face in the early days?

“Time and money! We only had about $10,000 of funding for the first year, which isn’t a lot of money to build something this big. I got a credit card and maxed it out for food and rent after leaving my job to work full time on this — fortunately, it worked out pretty well — but it was a pretty hectic time.”

“One specific thing was when we got kicked out of the warehouse we were borrowing and had to find somewhere else to build the robot. We couldn’t afford to rent anywhere, so instead, we had the idea to build a giant tent in the backyard of my little townhouse in the city. Luckily nobody complained (and the landlord didn’t notice) — it took up the entire yard!“

What has your biggest success been so far?

“There’s been a bunch! The first time the robot picked a piece of fruit autonomously was pretty awesome, as well as securing our first hire, and closing our seed round to commercialise the robot over the next year. They seem to be racking up faster and faster!“

Your top tips for people wanting to launch an idea into a startup?

“The second biggest thing is just to build something, you know? Like, the tendency is to get too caught up in meetings and applications and things, and not actually build stuff.“

Dreams for the future?

“I’m really looking forward to when we reach commercialisation and begin scaling up the number of machines! It will be a very different company at that point — moving from development to manufacturing — I can’t wait!“

Watch our full chat with Hunter Jay here, or visit his website here.